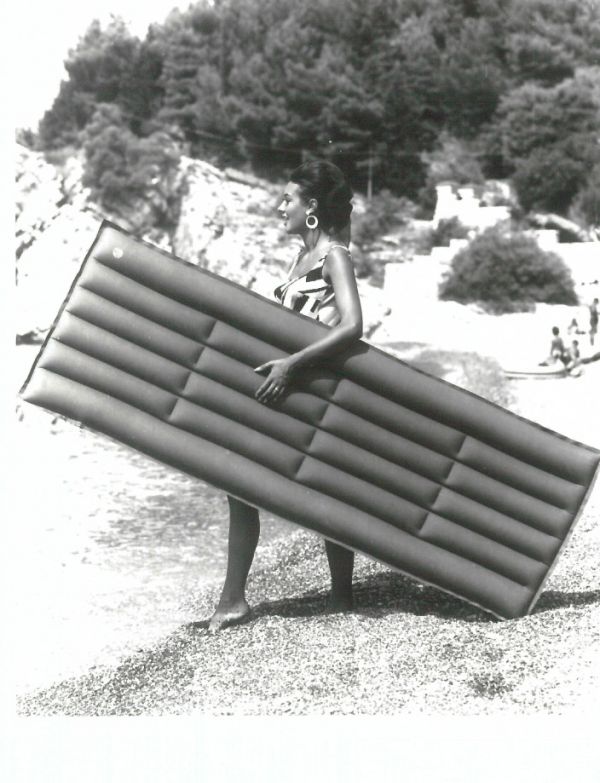 1950
The first tailor shop that made workwear, protective clothing, and aprons made of rubber- coated fabric – GumoTex, opens on January 9.

1954
Significant expansion of the textile clothing production unit; coats made of rubber-coated fabric are becoming popular.

1956
The product portfolio expands to include inflatable sports equipment and fashion clothing. 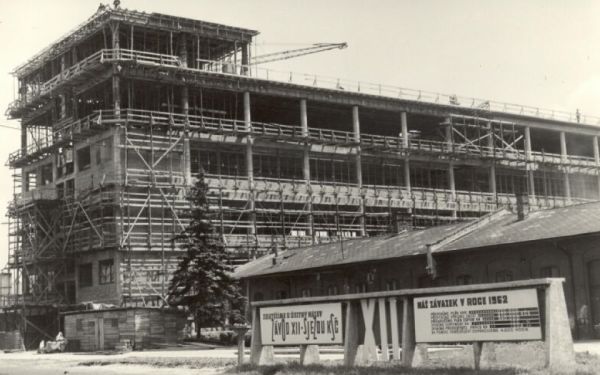 1960
Synthetic latex is introduced in foam rubber technology; waterproof jackets have become a fashion statement; and the production of molded PVC toys begins.

1963
Production of a soft lightweight polyurethane begins; the legendary MOLITAN brand is born; the construction of the toy production plant is completed.

1966
The production portfolio now also includes the technology used for the production of synthetic leather – Porethan. This new product turns a great many heads on the market. 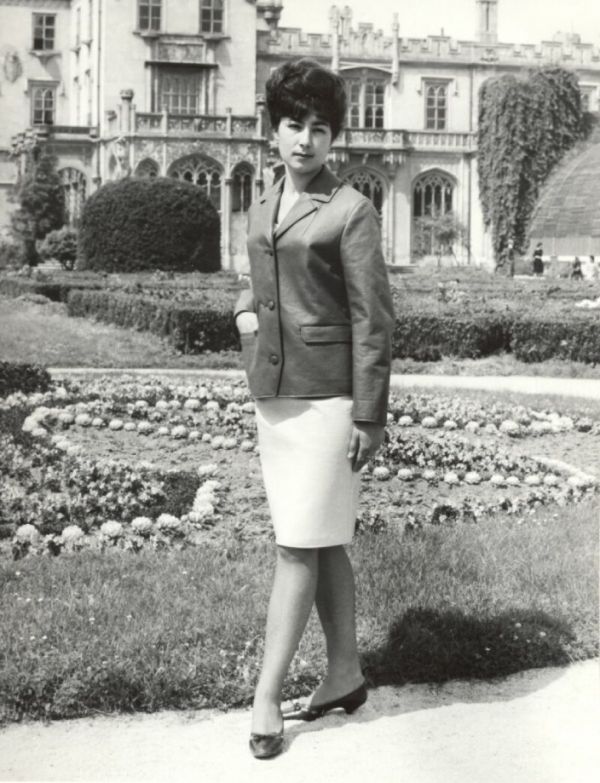 1970
Production of fashion garments takes off, and a new tailor shop is opened in Kostice in addition to the one in Moravská Nová Ves. Fashion garments are gaining a lot of attention on the market and are becoming very popular.

1971
Production of molded PUR foam armrests for the Škoda Coupé and production of dashboards for the Tatra 603 cars are commissioned.

1978
Production capacities for the automotive industry are significantly expanded. 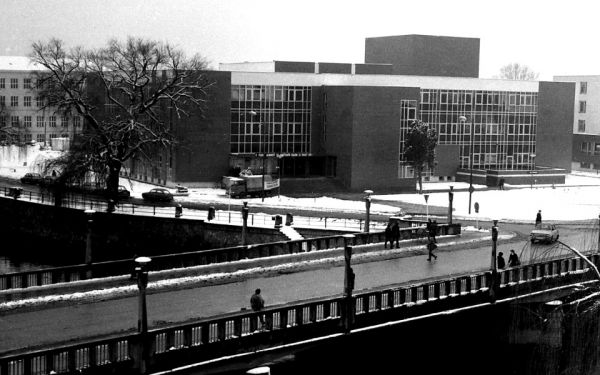 1981
Our self-manufactured lamination line for the production of double-sided flame lamination is put into operation; a 120-meter-high boiler room chimney is built.

1982
The City of Břeclav officially opened its new cultural center, GUMOTEX being the main investor of the project. The line dedicated to producing panels for trucks goes into operation.

1983
Production of defrosting coatings for the aerospace industry begins; new lines for the production of inflatable mattresses, boats and cold foam are installed. 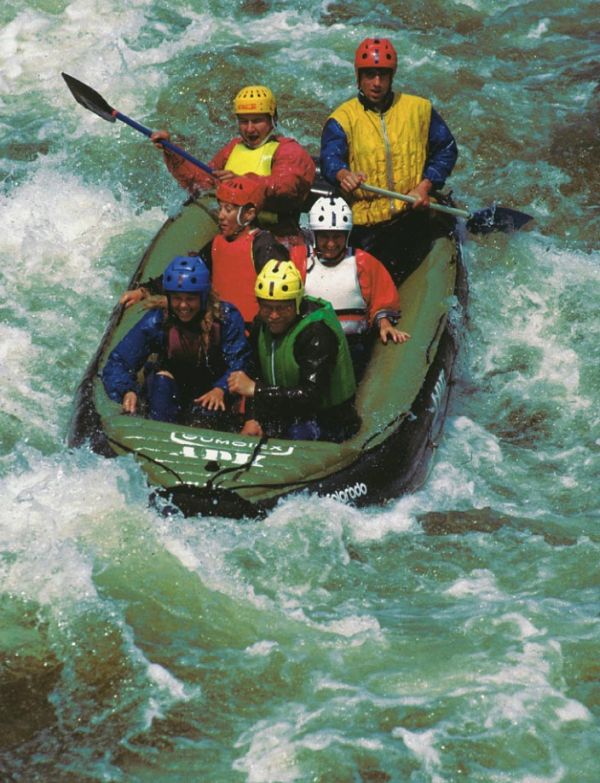 1992
Production of sun visors for VW and AUDI begins.

1994
Parts production for Škoda Felicia cars as well as rescue systems for waterborne and air transport. The first inflatable mattress cores used in beds for the US market are produced. 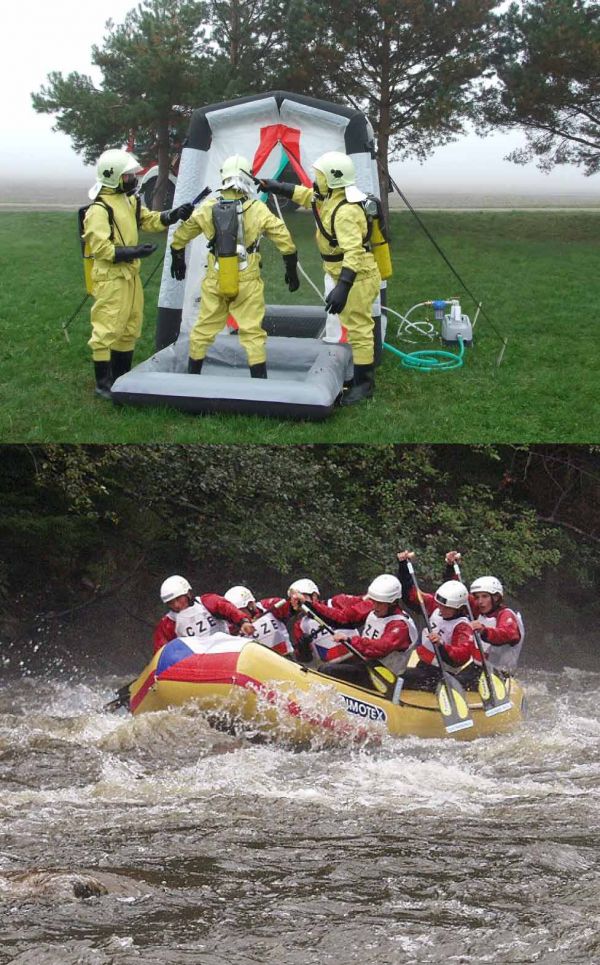 2000
The two-member crew of an ultralight catamaran, whose floats were manufactured by GUMOTEX, crossed the Atlantic in 33 days.

2003
Introduction of the new UZC 420 inflatable lifeboat, the SUNIT emergency response suit, and the self-inflating mattress. Pulsar rafts are used during the World Rafting Championship taking place on the Vltava River near Devil’s Streams.

2006
An inflatable walkway for use in dangerous terrain as well as the new Porotex material suitable for use in firefighting suits are presented at the Interprotect 2006 trade fair in Brno (CZ). 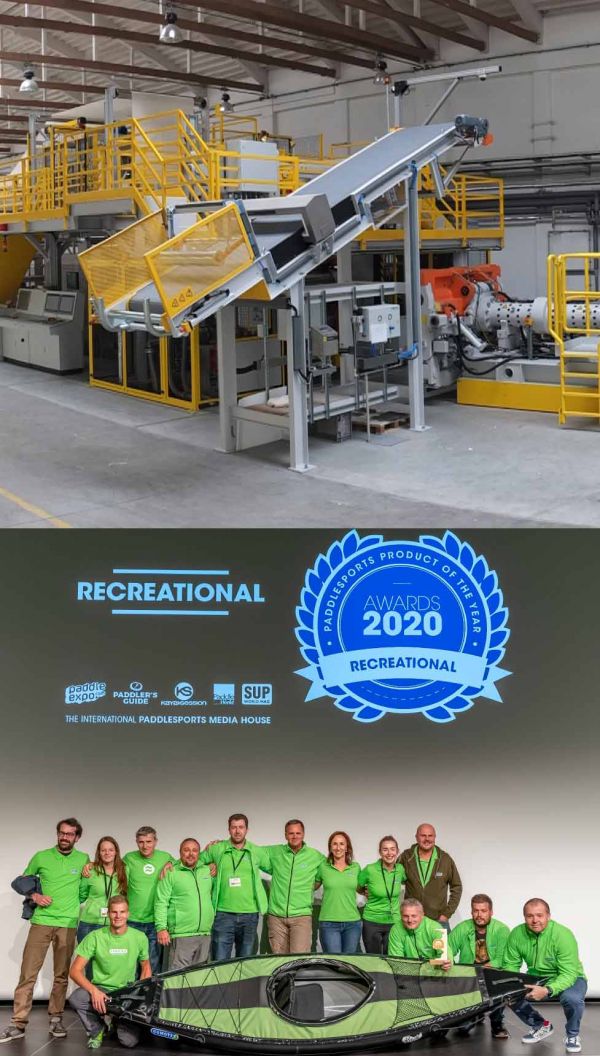 2014
Acquisition of the production plant in Myjava (SK). Sale of the GUMOTEX MATRACE subsidiary.

2017
The technology for the production of expanded polypropylene, registered under the UPPEX® brand, is put into commercial operation in Třebíč (CZ).

2019
Back to Nuremburg, where the Rush kayak repeats the success of the Thaya boat. 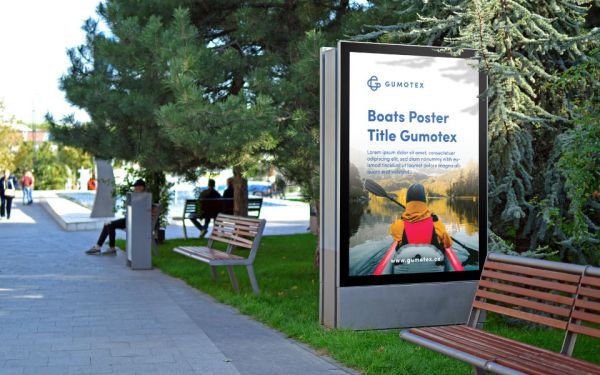 2020
Investment into the second production facility for the production of UPPEX® – expanded polypropylene – material. Closure and sale of the plant in Most (CZ) and transfer of production capacities to the Jaroměř plant.

2021
Construction of a new R&D center is initiated, and modernization of the mixing room for rubber compounds production begins.

Rebranding of the GUMOTEX Group

© All rights reserved. Powered by KPA ONE.

We use cookies on our website to give you the most relevant experience by remembering your preferences and repeat visits. By clicking "Accept All" you agree to the use of all cookies. However, you can visit "Cookie Settings" and give controlled consent.
CookieAccept All
Manage consent

This website uses cookies to improve your experience when you browse the website. Of these, cookies are stored in your browser, which are classified as necessary because they are necessary for the functioning of the basic functions of the website. We also use third-party cookies to help us analyze and understand how you use this website. These cookies are only stored in your browser with your consent. You also have the option to opt out of these cookies. However, opting out of some of these cookies may affect your browsing experience.
Necessary Always enabled
Necessary cookies are absolutely necessary for the proper functioning of the website. These cookies provide the basic functions and security features of the website anonymously.
Functional
Functional cookies help perform certain functions, such as sharing website content on social media platforms, collecting feedback, and other third-party features.
Performance
Performance cookies are used to understand and analyze key performance indicators of the website to help provide visitors with a better user experience.
Analysts
Analytical cookies are used to understand the interaction of visitors with the website. These cookies help provide information about visitor count metrics, bounce rate, traffic source, etc.
Advertisement
Advertising cookies are used to provide visitors with relevant advertisements and marketing campaigns. These cookies track visitors across websites and collect information to deliver tailored ads.
Other
Other uncategorized cookies are those that are being analyzed and have not yet been categorized.
SAVE & ACCEPT