Our production is eco-friendly: products are made from natural rubber, are phthalate- and PVC-free

We control the entire process, from the material used right up to the packaging process

Our production is a combination of modern technologies and precise handcraft

Our boats are easily stored: pack it in the trunk of your car or check it in as baggage on the plane

Stability, safety, easy handling, compact size and packaging for transport on the road are the main reasons why GUMOTEX kayaks are so popular around the globe. The perfect solution for relaxing on the calm waters of a lake or on the rippled surface of a sea bay as well as for fans of wilder rivers.

Planning a weekend boating trip with a family and friends or looking for wild water adrenaline? Our canoes guarantee a perfect experience for both scenarios. Beginners appreciate the size allowing comfortable navigation for larger crews as well as the boat’s excellent stability. Adrenaline seekers are thrilled by the canoe’s durability and easy navigation in tricky situations.

A roaring current, foaming rapids, traps lurking everywhere along the river, the hard work of the entire crew. Anyone who enjoys this sport knows that a good-quality boat is a must. GUMOTEX rafts are known for their robust and durable construction, self-bailing capability, and perfectly designed safety features. Simply put, they are the boats for champions.

A wide selection of recreational and professional fishing boats satisfying even the most demanding enthusiast. Our boats are easy to transport, quick to set up and offer plenty of space for the crew and their equipment. Fishermen appreciate the comfortable seats, the boat’s stability when still, as well as the sophisticated system of rod holders.

Our innovation is a sign of things to come.

We manage our own research and development; we can experiment with materials and design, and explore new avenues. We want to keep producing better and better boats for you and offer you new useful features and solutions. We are doing everything possible to make our boats more enjoyable for you.

We have combined our time-tested NITRILON® with drop-stitch material. We decided to take the route of innovation and environmental consciousness. Our drop-stitch solution is all about natural rubber – we say NO to PVC! We combine proven air cylinders with the advantages of drop-stitch technology. Our material has 9 layers, is durable, easy to repair and even easier to pack. These are the qualities we can truly be proud of – and we are! 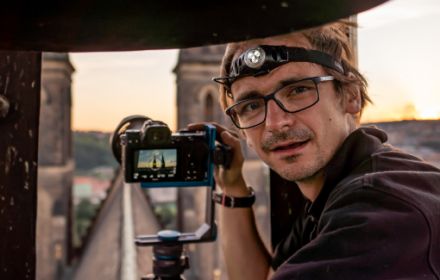 Photographer, traveler, filmmaker and professor at Charles University in Prague. He was born in 1985 with a significant visual impairment. Physicians were preparing his parents for the possibility that he would eventually go completely blind. Fortunately, that did not happen, and today he can fully devote his time to photography. At the Faculty of Science, Charles University, Petr takes pictures using light and electron microscopes, wirelessly controlled flashes and time-lapse technologies. In addition to this work, he also fell in love with drones and their filming capabilities. You can see him in the Czech documentary “Srdcaři na severu”, where he presents our revolutionary THAYA kayak. 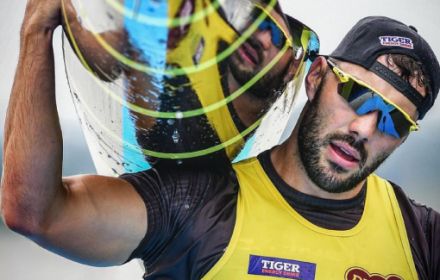 Sprint kayaker, multiple world champion, silver medalist at the 2016 Olympic Games in Rio de
Janeiro, and a diligent university student. As a child, he preferred sprinting against the ducks on the
local pond as opposed to strict paddle training. He got used to the hard drill over time; with age he achieved constantly better results, and the canoe started to grow on him. Under the guidance of coach Karel Leština, he ranked among the best canoeists in the world. He doesn’t break records on GUMOTEX
canoes, but rather spends his free time in them. As a passionate fisherman, he uses our fishing kayaks when he’s out for the catch. With Josef being more than two meters tall, it’s a clear testament to the quality of our work. 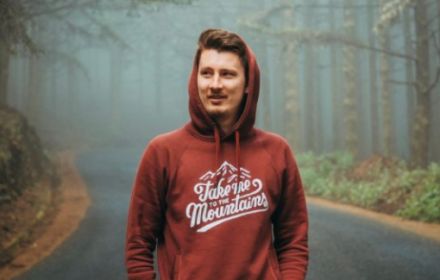 Hynek is a photographer, traveler and travel influencer living in Prague. His main work revolves around social media marketing campaigns and strategies, especially on Instagram. He actively publishes, lectures and organizes professional workshops related to the effective use of social media in marketing. He is also an avid traveler, great photographer and travel influencer. And what does he say about his job? “Beautiful scenery, solitude and the perfect snapshot. Actually, a bunch of other instagramers stand in line behind the travel influencer, longing for that same picture. That’s one way Instagram changed travelling.”

Let us help you choose the right boat.
Or do you want to test it out?

© All rights reserved. Powered by KPA ONE.

We use cookies on our website to give you the most relevant experience by remembering your preferences and repeat visits. By clicking "Accept All" you agree to the use of all cookies. However, you can visit "Cookie Settings" and give controlled consent.
CookieAccept All
Manage consent

This website uses cookies to improve your experience when you browse the website. Of these, cookies are stored in your browser, which are classified as necessary because they are necessary for the functioning of the basic functions of the website. We also use third-party cookies to help us analyze and understand how you use this website. These cookies are only stored in your browser with your consent. You also have the option to opt out of these cookies. However, opting out of some of these cookies may affect your browsing experience.
Necessary Always enabled
Necessary cookies are absolutely necessary for the proper functioning of the website. These cookies provide the basic functions and security features of the website anonymously.
Functional
Functional cookies help perform certain functions, such as sharing website content on social media platforms, collecting feedback, and other third-party features.
Performance
Performance cookies are used to understand and analyze key performance indicators of the website to help provide visitors with a better user experience.
Analysts
Analytical cookies are used to understand the interaction of visitors with the website. These cookies help provide information about visitor count metrics, bounce rate, traffic source, etc.
Advertisement
Advertising cookies are used to provide visitors with relevant advertisements and marketing campaigns. These cookies track visitors across websites and collect information to deliver tailored ads.
Other
Other uncategorized cookies are those that are being analyzed and have not yet been categorized.
SAVE & ACCEPT